The homecoming gig will be their anniversary tour finale 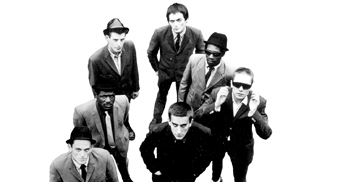 The Specials have announced another live date for their 30th anniversary reunion tour next year, to take place at Coventry’s Ricoh Arena on May 15.

The gig will be the finale show of their so-far fully sold out tour, the first since the band split in 1981.

Tickets for the new date go on sale on Wednesday (December 17) at 9am.

The Specials live dates are now as follows: