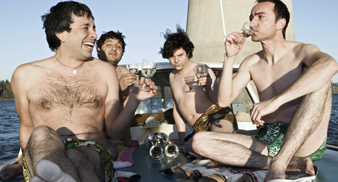 The Shins have confirmed a handful of UK shows set to take place in November.

The band signed to Sub Pop will be playing material from their acclaimed album ‘Wincing The Night Away’ plus other material.

The band based in Portland, Oregon, led by singer James Mercer will call at London, Glasgow and Manchester on their brief UK stop over.

A new single from the album, ‘Sealegs’, is also set to be released on December 3.

Available on limited edition seven-inch and download, will also feature a cover of The Magnetic Fields‘ ‘Strange Power’.

The first 500 seven-inch discs are signed by the band.

The Shins will play:

More information is available from the band’s website here:www.theshins.com