The Shins add a second London show to March tour

The Shins have added a second London show to their European tour, meaning they will now play London's HMV Forum on March 22 and 23. 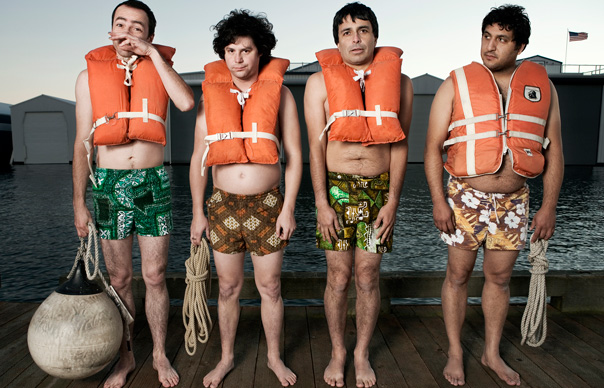 The Shins have added a second London show to their European tour, meaning they will now play London’s HMV Forum on March 22 and 23.

The shows will be the band’s first in the UK for four years and come just days before they release their fourth studio album ‘Port Of Morrow’ on March 20.

The Shins have posted online ‘Simple Song’, the first single from the album, which you can listen to by scrolling down and clicking below, is the first new material to emerge from the group since their 2007 LP ‘Wincing The Night Away’.

The band left Sub Pop in 2008, so the new album will be released on band leader James Mercer’s Aural Apothecary label via Columbia Records. The 10 tracks were produced by Greg Kurstin in both Los Angeles and Portland over the past year.

The new line-up – made up of Mercer, Yuuki Matthews, Jessica Dobson, Richard Swift and Joe Plummer – will also play shows in Amsterdam, Paris, Berlin and Stockholm. Since the band’s last album Mercer teamed up with Danger Mouse to form the band Broken Bells in 2009.