An intro to our latest Uncut special, dedicated to the life of Lydon… 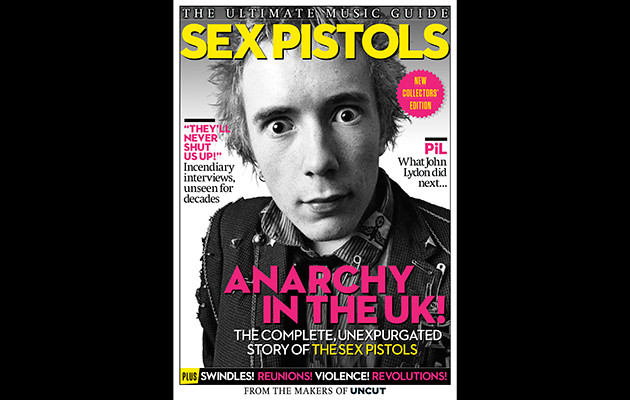 “What, you fucking nagging again? About what?” This is how John Lydon begins the next Public Image Ltd album, due out in early September. The record is called “What The World Needs Now…” and in that opening song, “Double Trouble”, Lydon soon elucidates the latest cause of strife. “What? What?” he barks, “The toilet’s fucking broken again? I repaired that. I told you, get the plumber in again.”

Lydon himself, of course, is not exactly averse to the odd whinge. Over the course of nearly 40 years now, he has been a wild manifestation of the British culture of complaint: righteous, petty, sarcastic, apocalyptic. An orange-haired Cassandra, issuing dire warnings and surreal rants about everything from the iniquities of the British monarchy to domestic sanitation problems.

This latest Uncut Ultimate Music Guide – on sale in the UK on Thursday, but available now in our online store, tells Lydon’s whole story, through apparently infinite configurations of PiL. Our focus, though, is naturally on the dawn of Lydon’s career, and on the brief, revolutionary life of the Sex Pistols. In our new Ultimate Music Guide, you’ll find a wealth of punk reportage from the archives of NME and Melody Maker: manifestos from Malcolm McLaren and Tony Parsons; adventures with the band in Amsterdam, Stockholm and Uxbridge, and on their last fateful tour of America; plus many long-lost interviews that reveal the antic genius and secret depths of the Pistols… “The definition of a grown-up,” pontificates Sid Vicious, “is someone who catches on just as something becomes redundant.”

As the years go by, there are more surprises. A Sex Pistols reformation in 1996, which prompts Lydon to claim the band more or less invented rap. Another get-together in 2007, which the singer uses as an excuse to talk of his friendship with Pink Floyd and his love of Mozart. And always, the invective, alternately provocative and hilarious, that fuels this most singular and incendiary of great British musical careers.

“This country suffers from apathy,” Lydon tells one Melody Maker journalist in 1986. “Energy, that’s the thing that’s missing from this bleeding country… It makes me fucking sick. What becomes clear to me is that I’m needed here. Good God, you need me. I’m your conscience…”

In somehat different business from the Pistols, thanks for all your kind words about the long Grateful Dead article I posted last week. In case you missed that one, I should mention that the imminent next issue of Uncut features a very special free Dead CD; our attempt to piece together the album that should have followed “Workingman’s Dead” and “American Beauty”. I’ll have more info about that – and about the content of one of our strongest issues of the year so far – this time next week. Thanks, as ever, for your patience…