They have 'no firm plans' to play live at this time 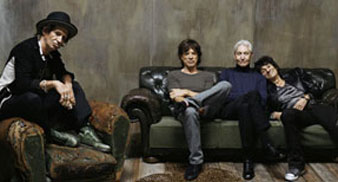 The Rolling Stones have said they have no “firm” plans to play live, following news of a potential new tour being made public via a lawsuit.

Yesterday (February 1) details of a suit between promoters Live Nation and the company’s former chairman Michael Cohl revealed that a tour could have been on the cards.

Although they stopped short of denying that they would play live this year, the band released a statement saying no dates were confirmed. “The Stones confirmed today they have no firm plans to tour at this time,” their spokesperson said.

Clarifying their association with the lawsuit, they added: “Following the end of the 2007 A Bigger Bang world tour The Rolling Stones became free from any contractual arrangements or agreements with Michael Cohl. He is neither their representative nor their tour promoter.”

Cohl is countersuing against Live Nation, who filed against him in 2008 in relation to a contract between them. He claims the company attempted to “interfere” and “destroy” his bid to gain promotional rights to a 2011 tour.

Last November guitarist Keith Richards said the band were in fact likely to tour this year.