The Prodigy's mainman Liam Howlett has spoken about his plans for the band's new album. 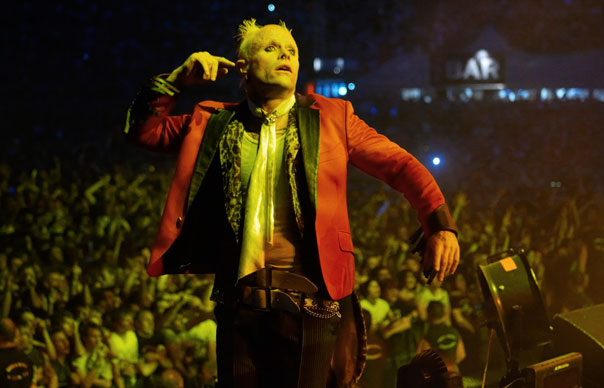 The Prodigy‘s mainman Liam Howlett has spoken about his plans for the band’s new album.

Howlett, who revealed earlier this week that the Essex stadium fillers’ new record has been given the working title ‘How To Steal A Jet Fighter’, told NME that he plans to avoid big-name collaborations on the band’s new LP.

Howlett, who has collaborated with the likes of Liam Gallagher, Dave Grohl and Juliette Lewis on previous albums, has said that he wanted to work on collaborations with “people lower down the scale.”

The multi-instrumentalist also spoke about the making of ‘How To Steal A Jet Fighter’ and said that his bandmates Keef Flint and Maxim had been much more involved in its creation. He also admitted that the band’s 2009 effort ‘Invaders Must Die’ might have benefited from their input.

Asked what the other members of The Prodigy were up to, Howlett said: “They’ve been in the studio with me. Even if they’re not working on lyrics every day, definitely a few days a week they’re come in, have a listen, talk about it. I made the mistake in the past, not the last record but before, where I delivered finished tracks. I think it would have been better with some input along the way.”

The Prodigy are expected to debut new songs during their headline slot at this summer’s Download Festival. They will top the bill at the event along with Metallica and Black Sabbath.

To read the full interview with Liam Howlett, in which he reveals more about the band’s plans for their Download set, pick up this week’s NME, which is on UK newsstands and available digitally now.