The New Uncut: The Byrds

A weirdly deserted Uncut office today, so it falls on me to break off from my usual arduous routine - tooling around on Twitter, listening to Hiss Golden Messenger bootlegs, wondering what time the cricket starts – and write this week’s newsletter blog. 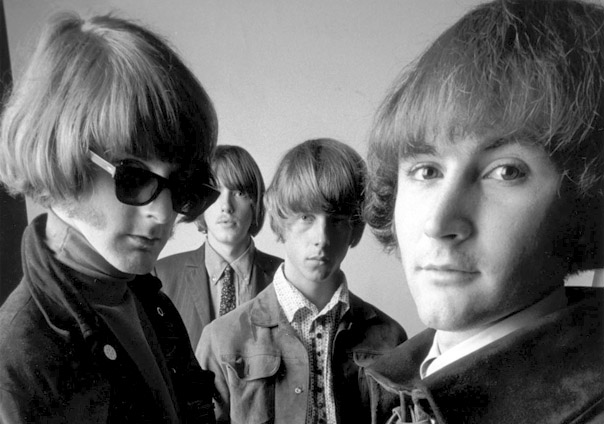 A weirdly deserted Uncut office today, so it falls on me to break off from my usual arduous routine – tooling around on Twitter, listening to Hiss Golden Messenger bootlegs, wondering what time the cricket starts – and write this week’s newsletter blog.

It’s an easy one to do, to be honest, since our new issue arrived in the office yesterday, will be in UK shops on Friday, and may well turn up for subscribers somewhere in between. This month’s cover stars, I’m thrilled to reveal, are The Byrds, and we have two hefty features on this wonderful band. First up, Graeme Thomson explores the fractious creation of “The Notorious Byrd Brothers” with Roger McGuinn, David Crosby and Chris Hillman. Then, those surviving bandmembers and a bunch of their more auspicious fans – including Johnny Marr, Emmylou Harris, Van Dyke Parks and Richard Hawley – help compile a Byrds Top 20. Let us know, perhaps, your own favourite tracks and we can cobble together a readers’ Top 20, too.

This month’s free CD is a neat 16-track collection of music inspired by The Byrds, which mostly goes to show that a lot of new records we’ve loved recently – by Woods, Allah-Las, The Marble Vanity and Mikal Cronin, say – are indebted to those radiant jangles. Room too, for one of my favourite cover versions of the past 15 or so years; David ‘Papa M’ Pajo’s mighty extrapolation on the theme of “Turn! Turn! Turn!”

What else? Well, there are interviews with Siouxsie & The Banshees, Mark Eitzel, Rickie Lee Jones, Cody ChesnuTT, Jah Wobble, LCD Soundsystem, Don McLean and Steve Miller, and a heavy-hitting reviews section that features Bat For Lashes, Leonard Cohen, The Beatles, Van Morrison, Jeff Lynne, At The Drive-In, The Velvet Underground, Rangda, REM, Johnny Cash, Peter Gabriel, John Carpenter and, last but not least, Neil Young & Crazy Horse’s extraordinary “Psychedelic Pill”. It’s the longest studio album Young’s ever made, it includes his longest ever song (“Driftin’ Back”: 27 minutes, 37 seconds), and I think a few of you may have been waiting for the old dog to make another album like this for quite a while.

You can read a preview here. But check out the full epic in the new issue. Long may he run…