Readers with a regular subscription received their copies of the new-look Uncut over the weekend, ahead of it going on sale generally. Thanks to those among them who have responded so promptly to our invitation to comment on the redesign and new content. Your views as ever are much appreciated and useful to us in shaping the kind of magazine you want. 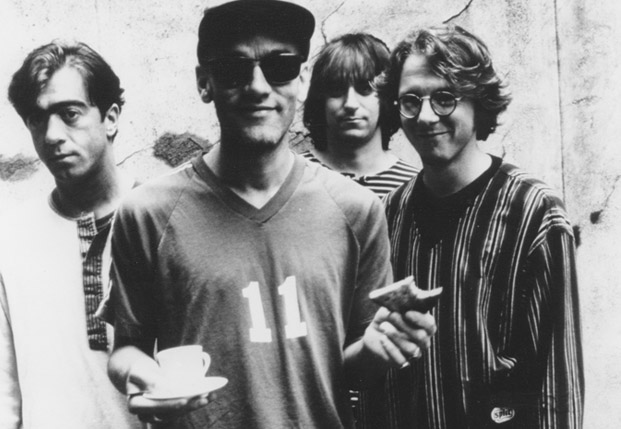 Readers with a regular subscription received their copies of the new-look Uncut over the weekend, ahead of it going on sale generally. Thanks to those among them who have responded so promptly to our invitation to comment on the redesign and new content. Your views as ever are much appreciated and useful to us in shaping the kind of magazine you want.

I’m happy to report the reaction so far has been broadly positive and enthusiastic, with a particular thumbs-up to the much-expanded review section, which was especially encouraging to note. There were good things said, too, about the features on Danny Whitten and Sun Records, and our cover story on the making of David Bowie’s Ziggy Stardust. I’ve lived with the album for 40 years and thought I knew everything about until Garry Mulholland delivered his copy and I discovered a lot of things I didn’t.
Among the emails I started to receive on Sunday about the issue and new look one in particular stood out, from a reader named Alan Twyford. “Hi Al,” he began chummily, “you’ve invited us punters to comment on the new format of Uncut…”
This was true enough, and Alan went on to tell me what he thought of the issue. In his considered opinion, the new Uncut could be further improved by a simple if brutal expedient, namely the immediate removal of my mug shot from my Are We Rolling? column on page three.
Alan evidently found the picture quite disagreeable, describing it at one point as “a medical warning to us all” and concluding in something perhaps resembling a huff that it “confirms you have a great face for an iPod”.
I’m not entirely sure what was meant by this, but I suspect it has something to do with the fact that Mr Twyford is clearly of the opinion I am probably not often mistaken in the street, or anywhere else, for, let’s say, Brad Pitt, fans of the ultra-buffed Hollywood hunk not likely to pause, open-mouthed, as I walk by, thinking, “It CAN’T be him!” This latter presumption in every respect is correct, there existing not even the merest resemblance between the leonine star of Troy and me.
I once described Feargal Sharkey, in a review of one of his singles, as having a face like a bucket with a dent in it, a thoughtless remark that caused much noisy outrage at the time among fans of the squeaky-voiced Ulsterman and former Undertone. So I can barely complain about Reader Twyford’s comments. Besides, much worse has been said about me in far more colourful terms, by such as Tony Iommi, who took such exception to my face that he tried, and not without a certain success, to rearrange my features with his fists, the scars still visible if you know where to look.
Anyway, maybe Alan has a point. Perhaps it’s time at least I had a new picture taken for the column, perhaps with a bag over my head if that will placate the disgruntled Mr Twyford.
And at the risk of provoking similarly sharp-tongued reader asides, please continue to let us know what you think of the new issue, now that it’s on sale. As I said earlier, we welcome your thoughts – whatever they are.
In other news this week, we’re just finishing the latest of our Ultimate Music Guides. This one is dedicated to REM, and features, as usual, in-depth new essays on every REM album from the Uncut team – I’ve pitched in with a piece on Green – plus a ton of brilliant and illuminating features from the archives of Melody Maker and NME, unseen for years.
REM – The Ultimate Music Guide will be on sale from March 15.
Have a good week.