The National: ‘We’ll probably lose the Oscar for Best Song to The Muppets’

The National's frontman Matt Berninger has spoken out about the band's inclusion on the longlist for the Academy Award for Best Original Song. 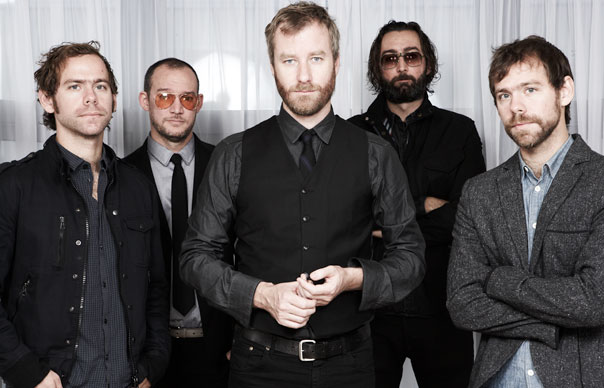 The National‘s frontman Matt Berninger has spoken out about the band’s inclusion on the longlist for the Academy Award for Best Original Song.

Their song ‘Think You Can Wait’ was featured on the soundtrack to Win Win and is currently being considered for the final nominations at this year’s Oscars. Of their longlisting, Berninger has said that he thinks the track will “probably lose to a Muppets song” but added “there’s no shame in that”.

He continued, in an interview with Rolling Stone: “If we are in fact nominated that would be a blast, but none of us are crossing our fingers on that. Win Win was just a really fun project to work on. Tom McCarthy asked us to write a song for the end of the film. The whole thing was just a really good experience. So yeah, if it gets any more recognition, that would be just icing.”

Berninger also explained that the band had written a song for the first Twilight movie, which was rejected. “Later, they asked us to write another one and I think we kind of passed on it. The second time, maybe, we felt burned from the first one,” he said.

The National are currently starting work on the follow up to 2010’s ‘High Violet’. “We’re just kind of building a bunch of little sketches of ideas, just kind of stocking them up,” said Berninger. “It’s a long, slow process, and that process has begun. But as far as any sort of idea as to when that process will end, we have no idea. Not for quite some time.”