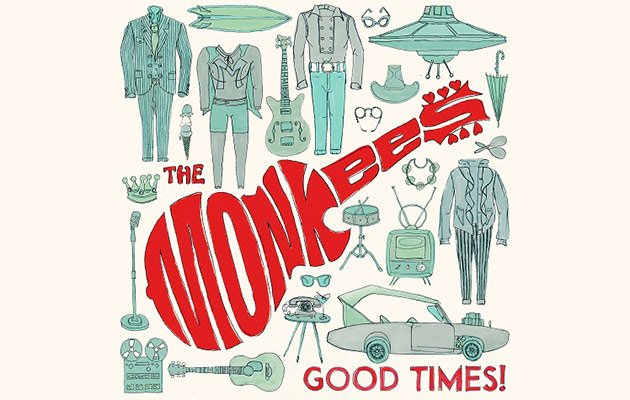 The Monkees have announced details of their first new studio album for 20 years, as well a tour dates to celebrate the band’s 50th anniversary.

Micky Dolenz, Michael Nesmith, and Peter Tork have all worked on GOOD TIMES!, which will be available June 10 on CD and digitally, with a vinyl version coming out on July 1.

The new album will feature new songs written for the band by Rivers Cuomo (Weezer), Ben Gibbard (Death Cab for Cutie) and XTC’s Andy Partridge as well as a song co-written by Noel Gallagher and Paul Weller.

GOOD TIMES! will also feature unreleased songs that were originally recorded and written for the group during the 60s, including “Love To Love” by Neil Diamond, which features a vintage vocal by Davy Jones.

Harry Nilsson wrote the title track “Good Times!” which he recorded at a session with Nesmith in January 1968. The production was never completed, so the band returned to the original session tape (featuring Nilsson’s guide vocal) and have created a duet with Dolenz. “Good Times!” will mark the first time Dolenz and Nilsson have sung together since Dolenz’ May 1973 single “Daybreak”.

Meanwhile, Dolenz and Tork will launch a Monkees 50th Anniversary Tour on May 18 at Barbara B. Mann Performing Arts Hall in Fort Myers, Florida.

The 50-date North American treck closes at the Pantages Theater in Los Angeles on September 16.