Second album 'Konk' due out in April too 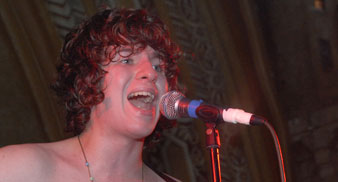 The Kooks have today (January 29) announced details of a full UK tour, to promote their forthcoming second album.

‘Konk’ is the follow-up to their 1.5 million selling debut ‘Inside In/Inside Out’ and is released through Virgin on April 14.

The ten-date tour kicks off in Manchester on April 22.

The Kooks will play the following venues, with tickets onsale from this Friday (February 1) at 10am.

More information is available from the band’s official website, by clicking here: www.thekooks.co.uk