The Killers Announced As Reading and Leeds Festival Headliners 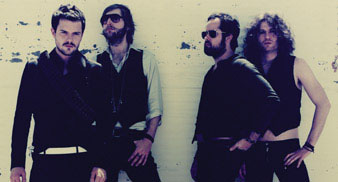 The Killers have been announced as one of this year’s Reading and Leeds Festival headliners.

The band will play Reading on the Saturday (August 23) and on Sunday (August 24) at the Leeds site.

Speaking to UNCUT’s sister title NME, Killers’ frontman Brandon Flowers has said: “We thought it would be a good opportunity to come over and play some of our new songs. We haven’t played the new songs off ‘Sawdust’ either. We always love playing in England.”

The Killers last played at the festivals in 2005 and they also headlined the V festival in Chelmsford and Staffordshire last year.

The band are currently in the studio working on their partly self-produced third studio album, expected to be completed later this year. Their first two have now sold over 10 million copies worldwide.

NME.COM will be selling tickets for this year’s Reading and Leeds festival from 7pm (BST) tonight – go to nme.com/gigs for more information.