The Hives Sued By LA Songwriter

Jason Shapiro claims the riff in Tick Tick Boom is his 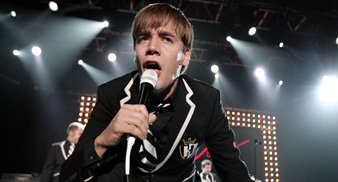 Swedish rockers The Hives are being sued for plagirism by LA songwriter Jason Shapiro who says they have stolen a riff and vocal line from his song “Why You?”

The riff, allegedly used by The Hives in their song “Tick Tick Boom”, was spotted by friends of Shapiro on a trailer for the film Get Smart.

Speaking with LA Weekly, Shapiro said: “I absolutely love The Hives and don’t feel great about suing a band I love. But I also feel credit is due where it is due if you borrow a riff.”

Shapiro, who wrote songs for the Roofies, Celebrity Skin and Three Way, consulted a musicologist on the similarities before taking legal action. “He said the part in question was very similar and its uniqueness led him to believe it wasn’t just a coincidence.”