The Gaslight Anthem have started work on their fourth album. 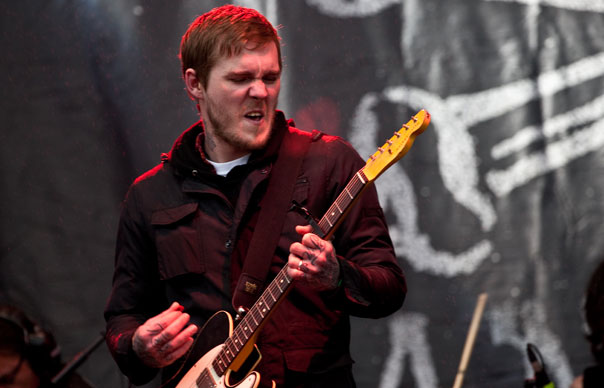 The Gaslight Anthem have started work on their fourth album.

The New Jersey band are recording the follow up to 2010’s ‘American Slang’ in Nashville. According to the band’s Twitter account, they started working at their Tennessee studio on January 20 and will begin recording the album today (January 23).

Last year singer Brian Fallon revealed that their new material was sounding “pretty aggressive”. He told Billboard he was “really happy” with the progress of the band’s 2011 demo sessions, commenting: “We’re making demos and our goal is 25 of them, and we’ve got ten. The songs that are fast, they’re a lot faster. It’s definitely pretty personal and pretty aggressive right now.”

He added that his side project, The Horrible Crowes and their debut album ‘Elsie’, which he recorded with The Gaslight Anthem guitar tech Ian Perkins, allowed him to “experiment” with a wider range of instruments, including organs and strings.

He explained: “I needed to write these songs so that I could carry on as a person on my own and function. We wanted to find out what else is there – what else are we capable of.” Fallon added that the duo are already planning to work on a second album, with Gorillaz and Moby cited as inspirations.