The Flaming Lips' Wayne Coyne has revealed that the band are working on a new collaborative LP with Bon Iver and Yoko Ono. 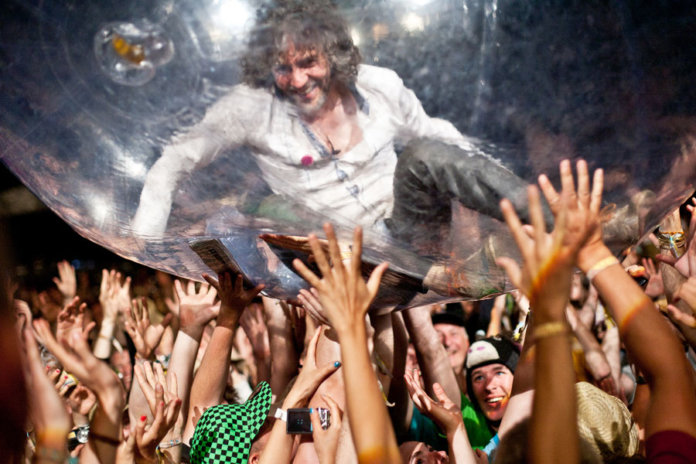 The Flaming Lips‘ Wayne Coyne has revealed that the band are working on a new collaborative LP with Bon Iver and Yoko Ono.

Rolling Stone reports that the frontman has also lined up collaborations with artists including Nick Cave, Ke$ha, Lykke Li and Erykah Badu for the LP, which is set to be released in April.

Coyne confirmed that he had already recorded collaborations with Cave and the Plastic Ono Band for the record, while Bon Iver‘s Justin Vernon had signed on to be part of the project and was set to send the band two tracks he had been working on.

Speaking about the other would-be-collaborators, the singer said: “All these things happen within a couple of days. You set up these [collaborations] in your mind and immediately get to work. Sometimes it just takes a matter of connecting.”

Coyne also paid tribute to Ke$ha, who he hopes to recruit for a “weird rap” on the record, by describing her as “a freak”. He added: “We knew that she was a fan. There are a lot of these sort of druggy outlets out there that people get connected through.”

The frontman had previously made his desire to work with both Ke$ha and Lykke Li public last October, and also spoke of the Flaming Lips’ collaboration with Nick Cave, stating: “I think we’ll get a good Nick Cave collection of songs with The Flaming Lips. We already have one really good one, so that seems like it’ll work out.”

Last year, The Flaming Lips released a 24-hour long track to coincide with Halloween. The song, titled ‘7 Skies H3’, was embedded in a hard drive inside 13 actual human skulls topped with chrome drips – and was available to buy for a cool $5,000 (£3,100) a pop.