The Feeling Announce Another UK Tour

And there’s another catchy pop record on the way 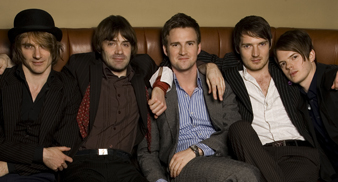 The Feeling have announced a UK tour for early Spring 2007. Their current jaunt around the UK is completely sold-out on the back of the chart success of three Top 10 singles, “Sewn”, “Fill My Little World” and “Never Be Lonely.”

The band have also confirmed that they will release a fourth single, “Love It When You Call” from their platinum selling debut album, “Twelve Stops And Home.”

Support on all dates will come from rising US rockers The Fray.

Tickets will be on sale from this Friday, October 27.
For ticket availability click here