57-year-old Reilly is recovering at home 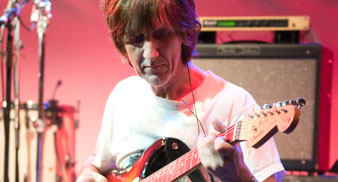 Reilly, 57, spent four days in hospital following the recent stroke but has now discharged himself, according to the band’s official website, Thedurutticolumn.com.

The website post explains that he is now “well on the road to recovery”, although he has lost some feeling in his left hand. Despite this, the message explains that Reilly has also been playing his guitar “regularly” since getting out of hospital.

He is next due to play live at London‘s Southbank Centre on October 20 as part of the Paul Morley: The Tony Wilson Interviews gig.