The Cure to release Bestival headline set as a live album

'The Cure: Bestival Live 2011' will be released on December 5 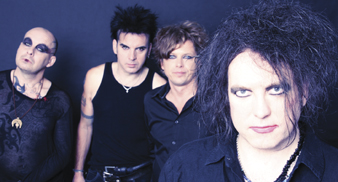 The Cure have announced that they will release a live album of their 2011 Bestival headline set this December.

The band headlined the Isle Of Wight-based festival in September, playing a 32-song, two-and-a-half-hour set and have now announced that they will release a recording of the whole gig in a 2CD package on December 5.

All profits from sales of the live album will be donated to the Isle Of Wight Youth Trust, a charitable, independent and professional organisation which offers counselling, advice, information and support services to young people aged 25 and under on the Isle of Wight.

The Cure frontman Robert Smith said of the reasoning behind the album’s release: “We had such a great time in the Isle Of Wight at Bestival that we wanted to release this show as a way of thanking fans and islanders alike.”

The Cure are set to perform their debut album ‘Three Imaginary Boys’ (1979), plus 1980’s ‘Seventeen Seconds’ and 1981’s ‘Faith’ in their entirety at London‘s Royal Albert Hall on November 15. The gig sold out in under three hours.

The tracklisting for ‘The Cure: Bestival Live 2011 Disc One’ is as follows:

The tracklisting for ‘The Cure: Bestival Live 2011 Disc Two’ is as follows: