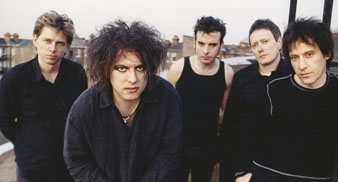 The Cure have released the second single, ‘Freakshow’ from their as yet untitled new album.

The new song is available as a download on thecure.com, CD and on 7″ vinyl, and comes with a b-side called ‘All Kinds Of Stuff’.

The band plan to unveil a new song on the thirteenth of every month in the run up to the album’s release on September 13, with every single accompanied by an exclusive b-side.

The band are currently touring the US, due to finish with a show in New York’s Radio City Music Hall on June 21. The band are giving away two tickets for the final gig! See www.lastminute.com/cure for details.

The remaining US dates are: