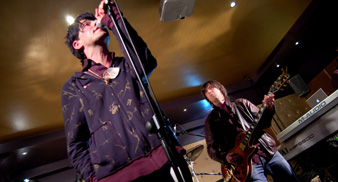 The Charlatans‘ tenth studio album ‘You Cross My Path’ is available to download for free from today (March 3).

The first deal, in conjunction with radio station Xfm is the first of it’s kind, and sees the album available free digitally, ahead of it’s physical CD release on May 19.

The entire album is available as a free download from Xfm.co.uk from now either whole, or as individual tracks.

The band are also set to go out o0n a UK tour later this Spring in support of the new album.

They are set to play: