Justice, Duffy, We Are Scientists and more all for this year's Summer Series 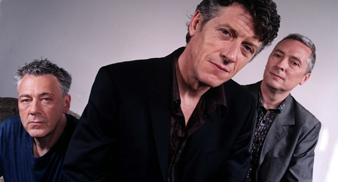 Legendary Glaswegian synth-pop band The Blue Nile have been announced as one of the headline acts for this year’s Summer Series at London’s Somerset House.

Led by Paul Buchanan who is currently collaborating with Garbage’s Shirley Manson on her upcoming solo album, the band’s career has spanned over twenty years, with their last live UK shows taking place back in 2006.

Information is not available as yet if founding member, keyboardist Paul Joseph Moore will be joining Buchanan and bassist Robert Bell. Moore hasn’t appeared onstage with The Blue Nile on previous more recent tours.

The Summer Series open-air concerts will take place this year from 10 to 19 July and feature a diverse range of acts starting with The Fratellis and closing with this year’s Brit Awards Critics’ Choice winner Adele.

The series of concerts will also see dance acts UNKLE and Justice alongside bands such as The Zutons and We Are Scientists.

Full details of artists and dates are below.

Support acts to the line-up will be announced in due course.

Tickets for all shows go on sale tomorrow (May 14) at 9am.

All tickets are £25 and will be available online at the venue’s website:
www.somersethouse.org.uk