The Black Keys' drummer Patrick Carney has hit out at the recent reunions of Black Sabbath and Van Halen and their failure to include all their original members. The full original line-up of Sabbath reunited last year, but have subsequently parted ways with drummer Bill Ward over a contract dispute. Van Halen released their first album for 14 years earlier this year, but recorded it without long-time bass player Michael Anthony, with mainman Eddie Van Halen's son Wolfgang Van Halen taking the role. 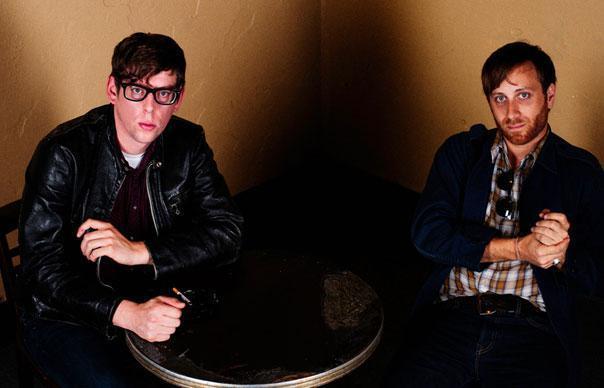 The Black Keys‘ drummer Patrick Carney has hit out at the recent reunions of Black Sabbath and Van Halen and their failure to include all their original members.

Speaking to Rolling Stone, Carney said he had no interest in “a partial reunion” and that the experience of watching Van Halen had been “a fucking bummer”.

He said of this: “I love Black Sabbath, but I don’t know if I’d want to watch Black Sabbath without Bill Ward. The band is Geezer Butler, Tony Iommi, Bill Ward and Ozzy. I have no interest in seeing bands with partial line-ups. I just saw Van Halen without Michael Anthony. I’m not a very big Van Halen fan but it was such a fucking bummer. Like, what the hell is the point?”

Then asked what he thought of the new Van Halen line-up, he added: “I mean, sure, Eddie Van Halen’s son is a pretty good bass player and he’s a 20-year-old kid and that’s cool, but like, what the fuck is that? That’s fucking retarded. If someone is able to be in a band for 30 years and then people are okay with replacing him with a 17-year-old, they’re obviously motherfucking assholes, right?”

Last week, it was reported that The Black Keys are suing both Pizza Hut and DIY store Home Depot for allegedly using songs from El Camino without permission.

The band are also set to release their own documentary. Noah Abrams, the director behind the yet-untitled film, has said he had no plans to shoot a straight band documentary and revealed that the movie is a “buddy movie with perhaps the greatest soundtrack of all time”.