The Black Keys have filed another lawsuit accusing companies of ripping off their music in advertising jingles. 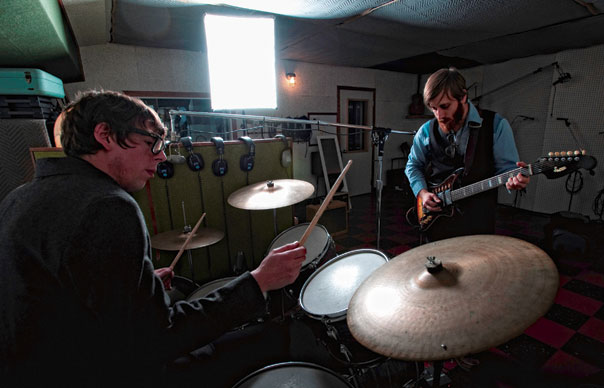 The Black Keys have filed another lawsuit accusing companies of ripping off their music in advertising jingles.

The band, who sued Pizza Hut and Home Depot over copyright infringement last year, are now taking legal action against Pinnacle Entertainment, which runs casinos throughout the United States, and Manhattan Production Music, which creates music for adverts, according to The Hollywood Reporter.

According to a lawsuit filed in New York federal court, the band accuse the companies of using a track “substantially similar” to their ‘Howlin’ For You’ in adverts for casinos.

The Hollywood Reporter also claims that, when a fan of the band pointed out the casino operator’s music, a representative for the casino tweeted, “We bought a licensed musical interpretation of the song.” It is also alleged that on the YouTube page for the casino’s advertisement, a spokesperson for the casino stated that the commercial is “a licensed track inspired by ‘Howlin’ For You’ by The Black Keys”.

Last June, the duo settled legal claims with Pizza Hut and Home Depot over copyright infringement out of court, after saying their music had been used in TV adverts without their permission. The pizza chain was alleged to have used “significant portions” of their track ‘Gold On The Ceiling’, while they claimed the DIY chain had used ‘Lonely Boy’ to sell power tools.