The Black Keys' Dan Auerbach has revealed that he didn't lose a lock of Bob Dylan's hair in his divorce last year, despite reports. 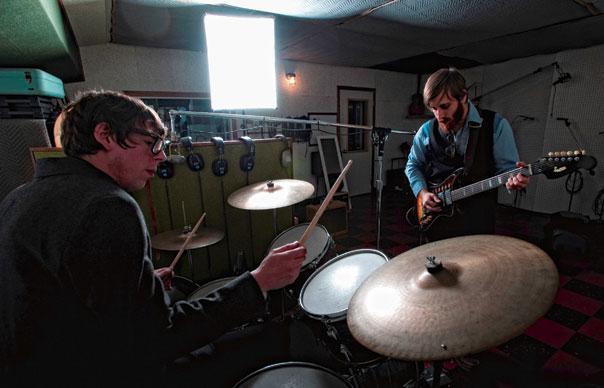 The Black Keys’ Dan Auerbach has revealed that he didn’t lose a lock of Bob Dylan’s hair in his divorce last year, despite reports.

It was thought that the frontman had to hand over a lock of the folk star’s hair to his ex-wife in his divorce, but Auerbach has now explained that the item listed as ‘Bob Dylan’s Hair’ in the settlement was actually a poster.

Speaking to TMZ, who first broke the news of the item last summer, Auerbach said: “It wasn’t a lock of Bob Dylan’s hair. You know that famous old poster of Bob Dylan – it’s multiple colours, psychedelic, with the big afro? We just labelled that ‘Bob Dylan’s Hair’. It was just a poster.”

However, he added that if he wanted to, he could get hold of some of the icon’s hair. “Actually Bob Dylan’s son read that,” he commented. “He texted me and said ‘if you really need a lock of his hair, I could probably get it for you.’.. I’d get it for free, man.”

Auerbach and Stephanie Gonis’ divorce was finalised in August 2013 in Tennessee and, according to documents obtained by TMZ, Gonis received an item listed as ‘Bob Dylan’s Hair’ as well as $5million (£3.2million) in the settlement.

This summer The Black Keys will play Bilbao BBK Live festival in the city of Bilbao, Spain (July 10-12) as well as the Heineken Open’er Festival in Gdynia, Poland, headlining the opening day of the festival on July 2.