He passed away peacefully, aged 91 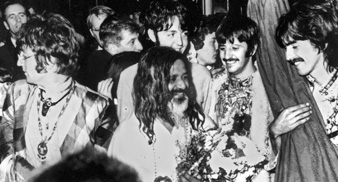 Maharishi Yogi, the Indian guru credited with introducing bands like the Beatles to Transcendental Meditation, has passed away, thought to be aged 91.

The guru, who retired last month, reportedly saying his work was done, died of natural causes in his sleep yesterday (February 5) at his home in Vlodop, in the Netherlands.

The Maharishi is most famed for introducing Transcendental Meditation to the Western world in 1959, aiming for people to discover inner peace and enlightenment.

His spokesman Bob Roth told Associated Press last night: “He had been saying he had done what he set out to do.”

The Maharishi trained as a physicist before devoting himself to spiritual enlightenment, studying under Guru Dev in the Himalayas until the 1950s.

He taught people a 20-minute routine of mental techniques that could be used to reach a ‘state of pure consciousness’ and gain deep rest based on theory and practice of yoga.

His most famous pupils were the Beatles, who first met with him in 1967 [pictured above], the Rolling Stones and Clint Eastwood.

An estimated five million people follow the Maharishi’s teachings. The donations required to be taught his techniques helped fund meditation centres and Peace Palaces across the world.

On his retirement, the Maharishi unveiled plans to harness the power of his group’s meditation to create world peace and end poverty.