The Beach Boys to reform for 50th anniversary show

Brian Wilson and co to reunite in 2011 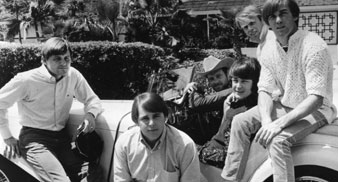 The Beach Boys are set to reform for a 50th anniversary show.

As Rolling Stone reports, founding member and guitarist Al Jardine has revealed that the group will reunite to perform and that the gig will “probably be free”.

“We’re definitely doing at least one show,” Jardine said. “It’s a big deal. I don’t know where it will be yet, but it’ll probably be free. Golden Gate Park was mentioned, as was the [National] Mall in Washington, DC, and the north shore of Chicago by the beach.”

Going on to confirm that the line-up for the show would include Brian Wilson, Mike Love, Bruce Johnston and possibly even early guitarist David Marks, the guitarist went on to explain that he wants the band to tour.

“I want to see a hundred-date anniversary tour,” he admitted. “I want to go all around the world, but if this is the way it has to be, then so be it.”