From The Jam: Bruce Foxton and Rick Buckler reunion shows are a sell-out 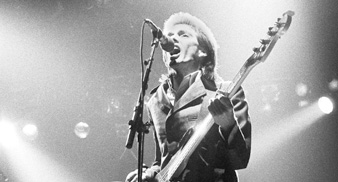 Following the recent announcement of two-thirds of The Jam reforming for an anniversary tour, origninal members Bruce Foxton and Rick Buckler have scheduled a second full UK tour to take place this Winter.

The 21-dates announced today are to satisfy the public demand that helped them sell-out their original 20-date May comeback tour.

Orignianl bassist Bruce Foxton says: “The fans have proven to us that they still feel passionate about the music of the Jam. We’re still genuinely overwhelmed by the support and interest in the band.”

The Brighton show at the Brighton Centre on December 21 will mark the band’s 25th anniversary and is also the same venue the original line-up including Paul Weller last played together on December 11 1982.

The new tour dates are as follows: