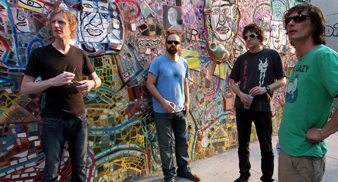 Swervedriver, who this year announced their return from a decade-long hiatus, have announced that they will play a one-off show in London next month.

The shoegazers, whose sound was compared to Dinosaur Jr will play The Scala venue on September 16.

The group will perform tracks from their four albums, including the cult hits “Duel” and “Never Lose That Feeling.”

The band, who were signed to Creation and Geffen records in the 90s, are also entertaining the idea of recording new material once they complete their US tour this year.

Swervedriver’s support acts will be Six By Seven and Exit Calm.