The Bigger Bang tour is highest earning – ever! 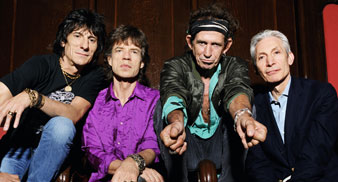 The latest Rolling Stones tour which kicked off in August 2005 has been officially labeled the “top-grossing tour in history” by US trade magazine Billboard.

The Bigger Bang tour has had several set-backs and postponements along the worldwide tour route, incidents included Kieth Richards’ fall from a palm tree in Figi and Mick Jagger’s double-dose of laryngitis.

The band have grossed $437m playing 110 shows to around 3.5 million
Stones fans, which puts them an easy $100m ahead of last years top grossing shows, U2’s “Vertigo” tour earned the Irish supergroup $337m.

The Bigger Bang figures do not include the Stones’ massive free concert in Brazil at the beginning of the year where they wowed an estimated 2 million fans on Copacabana Beach in Rio de Janeiro.

The Bigger Bang Tour will also be the subject of a new Stones rockumentary directed by acclaimed film-maker Martin Scorsese.