The ex-Pavement frontman follows up 'Face The Truth' 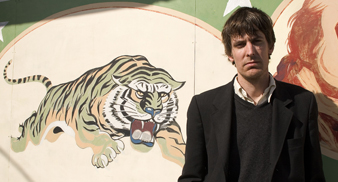 Stephen Malkmus has announced that his long-awaited fourth album will be released in March 2008.

The record will be the follow-up to “Face The Truth”, which was released in mid-2005.

Stephen Malkmus and his band The Jicks are set to play a handful of dates in the US towards the end of December.

The ex-Pavement frontman recently headlined the main stage at this year’s Green Man Festival in the Brecon Beacons.