Status Quo To Rock All Over The Woods

The prolific rockers to support the Forestry Commission's annual tour 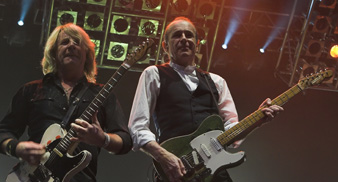 Status Quo have confirmed that they will be supporting the Forestry Commission’s annual tour, by playing four shows in the woods next year.

The annual series of shows will see The Quo play four shows from June 4, kicking off at Thetford Forest, followed by gigs in Gloucestershire, Staffordshire and North Yorkshire.

The band, a British rock institution, have recently released their 28th studio album ‘In Search Of The Fourth Chord’ helping notch up even more sales to the 118 million album units sold throughout their 40 year career.

Commenting on the gigs, Status Quo’s Francis Rossi says, “We are really looking forward to playing in the forest. Fans can rest assured they’ll be rocking all over the woods!”

The Forestry Commision raises awareness for social and environmental programmes.

Status Quo will be performing at: