Spiritualized’s Jason Pierce: ‘Festivals are the death of art’

Spiritualized frontman Jason Pierce has described music festivals as "the death of art" and says they've "gotten straighter as the years have gone on". Speaking to Drowned In Sound, the singer also hits out at other bands' egos. 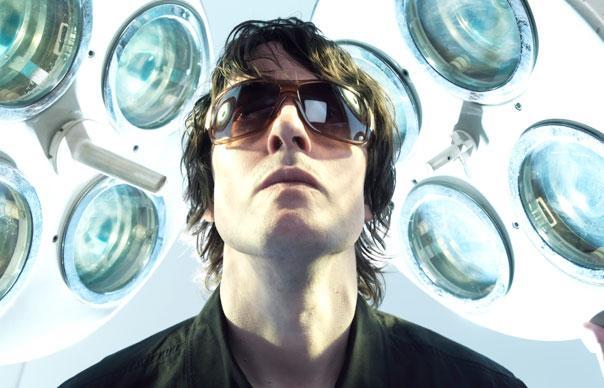 Spiritualized frontman Jason Pierce has described music festivals as “the death of art” and says they’ve “gotten straighter as the years have gone on”.

Speaking to Drowned In Sound, the singer also hits out at other bands’ egos.

Pierce says: “I know everyone has started thinking that [festivals are] the way you see bands now, but I’ve always said bands are the least important part of a festival. What’s important is standing around and seeing who you live with and what your world is why you’re there. Bands have always been a side issue to that, but now more so. And everybody is compromised as a result. The audience are, and the bands are because they get short time slots and no sound check.”

He continues: “Yet bands, in their wisdom still soak up the glory, like they’re worth THIS many people. Or worse, when you get those awful singalongs, and a band’s ego kicks in when the crowd sings their words back. It’s as if they’re standing on stage thinking ‘This is what we’re worth’ and really the audience would sing ‘We’ll Meet Again‘ if it was playing. There’s something about a communal sing-song that’s inherent in people. People love it. So yeah, it’s been a long old summer playing festivals. I felt more and more a part of the entertainment industry as it went on. And I’m not part of the entertainment industry. I’m an artist and I want to feel like an artist. It’s important that I push where I want to go and the audience goes with that if they want to, or doesn’t if they don’t. Festivals are the death of that. And they’ve gotten straighter as the years have gone on too. They’re less about drugs and rock and roll now. They’re more about community.”

Pierce also spoke about his plans for his next album, the follow-up to this year’s Sweet Heart, Sweet Light. He says he’s been influenced by the improvisational performances he’s seen at London’s Café Oto. “I want to do something freer,” he says, adding that the album is likely to be more collaborative.

“I want to follow through on some of the collaborative ideas I had for the last album that I never pursued… Rather than having an existing band that you try to get to go with you, I figured I would find musicians who were already working in an area that I wanted to go to, that I found interesting. So if I wanted to do something that sounded like Thurston [Moore], and I’m not talking about Sonic Youth, I mean the freer stuff he does, I would go to him rather than finding a way there with my band. I’m full of ideas at the moment. I haven’t really got a solid plan. I really feel this whole phase is a step on the way somewhere, but I’m not sure where that is. I’m trying to get the tools in place so I can get there.”