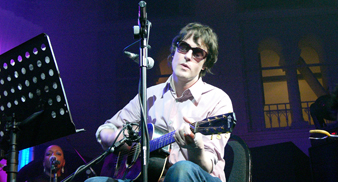 Spiritualized have announced they will play a small, one off gig at the Concorde 2 in Brighton on June 27 as a warm up for Glastonbury.

Jason Pierce‘s outfit will then head to Somerset to play on the legendary John Peel Stage on June 29.

The band have also announced dates for a UK tour in October and released their latest album, Songs in A&E earlier this year.