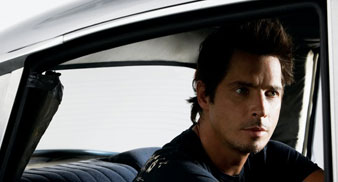 Soundgarden have said that their new album will be quite different from their early material.

The band have previously said in the past that their first album for 15 years will [url=http://www.nme.com/news/soundgarden/55297]feature ‘updated old material'[/url], but guitarist Kim Thayil has seemingly ruled this out, saying the band’s new LP will sound quite different.

Speaking to Kerrang!, Thayil said: “We want to make sure the material excites us. The last thing we want to make is another grunge or metal record.”

He added that the Seattle band want to record an album with “material that excites us.”

Thayil said that there was no target release date for the album yet, only adding that the band want to record and release the album “as soon as possible”, but that singer Chris Cornell‘s solo tour and drummer Matt Cameron‘s commitments with Pearl Jam have to come first.

He said: “Everything is contingent on the primary careers of the band. Everyone wants the album to come out as soon as possible, but at the moment, there’s no reason to rush anything.”

Thayil also said the band would be likely to tour the new album when it is released.