Slint and House Of Love also to perform classic albums 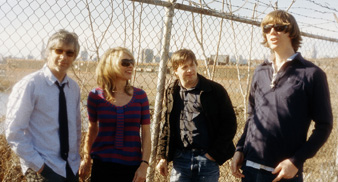 The first three acts to perform as part of the Don’t Look Back season of shows have been announced.

Sonic Youth, Slint and House Of Love are all to perform a classic album in it’s entirety as part of the event curated by All Tomorrow’s Parties.

Sonic Youth will play their 1988 album “Daydream Nation” in full for the first time since it was recorded. Their 70-minute, sixth album, is regarded as one of the best albums of the 80s, and was the one that landed them with a multi-album major recording deal.

Prior to the show at London’s Roundhouse on August 31, a two-disc deluxe version of “Daydream Nation” will be released. Including bonus tracks and it will remind how great tracks like “Teenage Riot” through to “Eric’s Trip” are.

Slint will be performing “Spiderland” at London’s KoKo on August 22 and House of Love will be playing their eponymous debut for Creation records at the same venue on September 13.