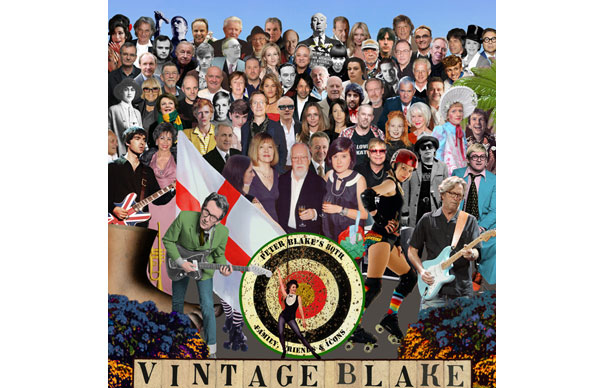 “It’s a cross I bear, it’s an albatross I have to deal with,” Blake said of the original 1967 album cover. “What vaguely depresses me still is that I’m known pretty much as ‘Peter Blake – who did the cover of Sgt. Pepper’ when I’ve done so much else. Every so often I manage to forget it, but it comes back all the time.”

Other than Paul McCartney the remaining Beatles members have been cut out of the collage because of copyright issues, according to Blake.

Speaking about his inclusion Noel Gallagher told BBC News: “I was lucky enough to go down to his studio. We were fans and all the props were still there from the ‘Sgt. Pepper’ photo shoot.”

He added: “If, for me, The Beatles and The Who and The Kinks and the Stones were the sound of the ’60s then Sir Peter’s work is the visual representation of that. When I look at his pop art stuff, I hear The Beatles. He’s as important as the music.”

The cover is set to feature at The Vintage Festival which brings together fashion, music and art from the 1920s to the ’80s at the Boughton Estate in Northamptonshire on July 13-15, as part of Blake’s 80th birthday celebrations.