Send us your questions for Damo Suzuki 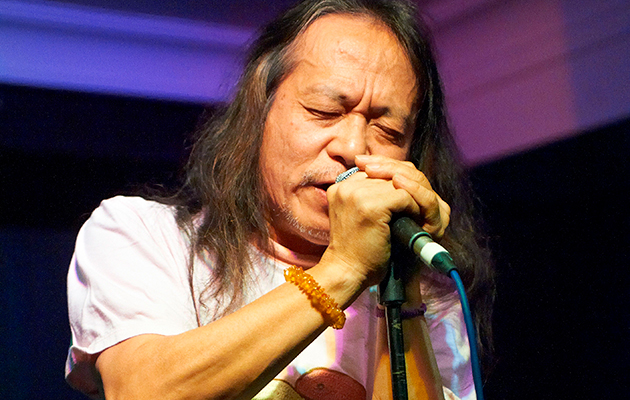 Damo Suzuki was famously discovered by Can’s Holger Czukay while performing some kind of noisy happening outside Munich’s Europa Cafe in April 1970. Hours later, he was in the band, adding his noisy happenings to Can’s ‘imperial phase’ run of albums: Soundtracks, Tago Mago, Ege Bamyasi and Future Days.

For many, Suzuki’s ecstatic hollers and apocalyptic whispers were central to Can’s antic, otherworldly appeal; the perfect vocal interpretation of the strange rhythmic sorcery being summoned around him. Yet in his new autobiography, I Am Damo Suzuki – named after The Fall’s heartfelt homage – he makes clear that his tenure with “That German Band” was only one aspect of his lifelong mission: to spread peace by making “a kind of music that can communicate directly with the people”.

Before he joined Can, Suzuki was a hippie traveller who left Japan to see if he could make a connection with people on the other side of the world. For the last 25 years or so he’s continued on much the same path, as the only permanent member of Damo Suzuki’s Network. The others are local pick-up musicians or ‘Sound Carriers’ who typically only meet Suzuki at Soundcheck.

Despite battling colon cancer in recent years, Damo Suzuki’s Network is still going strong, with a run of UK dates forthcoming in March.

So what do you want to ask one of music’s genuine free spirits? Email your questions to us at uncutaudiencewith@ti-media.com by Tuesday (February 26) and Damo will answer the best ones in a future issue of Uncut.