See what the Ramones look like as garden gnomes… 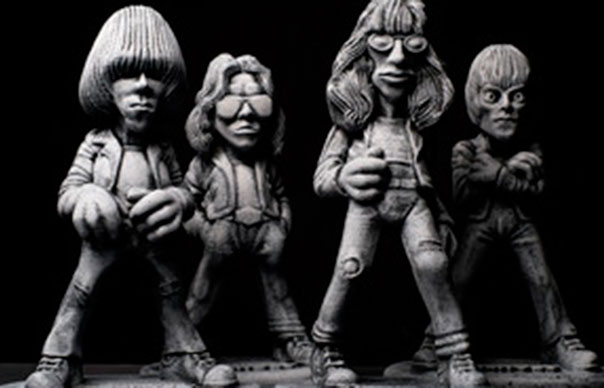 Ramones have been turned into gnomes by a UK-based company.

Andrew McDermid and Charlie Boyle, who last year released gnome versions of The Stone Roses, have returned for 2014 with “Ranomes” and also Oasis, who appear now as “Definitely Gnomey”.

In a statement issued by the pair, McDermid added: “We spent all of last year turning band names into their equivalent gnome versions. But we didn’t want to take it too far, make ‘gnome’ mistake! Ranomes were the natural choice for us, because they were distinctive enough, and have that unmistakable iconic look.”

“‘We knew Liam, Bonehead etc loved the Gnome Roses, so we sent a set to everyone in the band,” said McDermid, who toured with Oasis in 1994 as a member of Whiteout.

“Definitely Gnomey were born to allow the feisty Manchester rockers to share the same kudos as their legendary counterparts. Bonehead was even offering us tips on how to use social media to best effect, advising that the Gnome Roses should have their own Twitter account.”