See details of The Rolling Stones’ Let It Bleed reissue

Remastered in mono and stereo, plus 7" single, poster and book 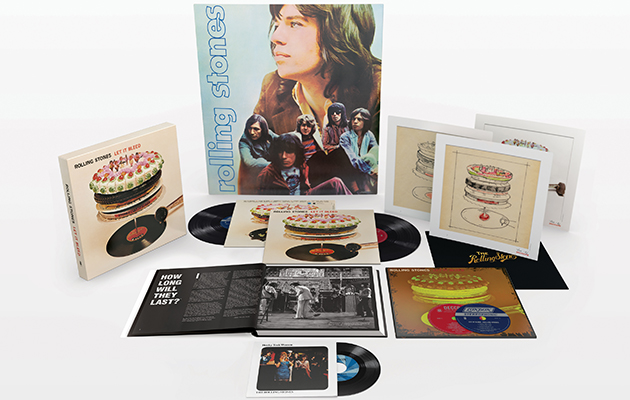 Details have been revealed of The Rolling Stones’ 50th anniversary reissue of Let It Bleed, due via ABKCO Records on November 1.

The Deluxe Edition comes as either a 2xLP or 2x ‘HybridSuper Audio’ CD set, featuring the album entirely remastered in both stereo and mono by Bob Ludwig at Gateway Mastering. The collection comes with a reproduction of the 1969 7” mono single of “Honky Tonk Women” / ”You Can’t Always Get What You Want” in a picture sleeve.

Also included are three 12” x 12” hand-numbered replica-signed lithographs printed on embossed archival paper, and a full-colour 23” x 23” poster with restored art from the original 1969 Decca Records package, as well as an 80-page hardcover book that includes an essay by journalist David Fricke and never-before-seen photos by the band’s tour photographer Ethan Russell. Watch an unboxing video below:

ABKCO Records is also releasing the remastered stereo version of Let It Bleed as a standalone CD, vinyl LP, and digitally. You can pre-order all versions here.