Music world pays tribute to "one of the greats" 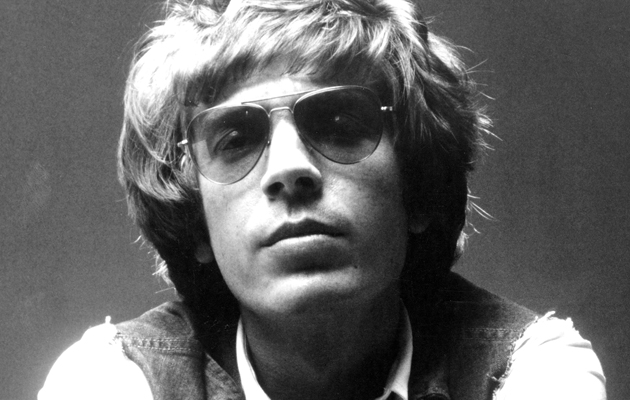 Scott Walker has died, aged 76. The news was announced this morning (March 25) by his record label 4AD.

“For half a century, the genius of the man born Noel Scott Engel has enriched the lives of thousands, first as one third of The Walker Brothers, and later as a solo artist, producer and composer of uncompromising originality,” read a post on the 4AD website. “Scott Walker has been a unique and challenging titan at the forefront of British music: audacious and questioning, he has produced works that dare to explore human vulnerability and the godless darkness encircling it… We are honoured to have worked with Scott for the last 15 years of his life.”

Starting out as a session musician in LA, Walker shot to fame after he formed pop trio The Walker Brothers in 1964 and relocated to London. Commercially successful but artistically frustrated, he split the group in 1967 and recorded a quartet of extraordinary self-titled solo albums that matched existential concerns with glorious orchestration from the likes of Angela Morley and Peter Knight.

Although he drifted back towards MOR in the early 70s, albums such as The Walker Brothers’ Nite Flights (1978) and solo effort Climate Of Hunter (1984) signalled his experimental intentions. When he re-emerged from a long period of inactivity with 1995’s Tilt, it was with a completely new and challenging avant-garde direction.

Signing to 4AD for 2006’s The Drift, Walker’s later years were comparatively productive, including soundtracks for The Childhood Of A Leader and last year’s Vox Lux. Finally achieving a level of satisfaction with his own music, he called his last album, 2014’s Sunn O))) collaboration Soused, “pretty perfect”.

Thom Yorke paid tribute on Twitter, writing that Walker “was a huge influence on Radiohead and myself, showing me how i could use my voice and words. Met him once at Meltdown, such a kind gentle outsider.”

“He gave me so much inspiration,” added Marc Almond. “So much I owe to him and modelled on him even down to my early SC haircut and dark glasses. An absolute musical genius.”

Radiohead producer Nigel Godrich called him “truly one of the greats… so unique and a real artist”.

So very sad to hear that Scott Walker has passed away, he was a huge influence on Radiohead and myself, showing me how i could use my voice and words. Met him once at Meltdown, such a kind gentle outsider. He will be very missed. https://t.co/v33Ey91hbn

Absolutely saddened shocked by the death of Scott Walker . He gave me so much inspiration so much I owe to him and modelled on him even down to my early S C hair cut and dark glasses . He cemented my love for Brel. He was enigmatic , mysterious and with some of his latter recordings , to me, infuriating. An absolute Musical genius , existential and intellectual and a Star right from the days of the Walker Brothers. So many of his songs will go round in my head forever. And that Voice. We lost Bowie now we’ve lost him. There is surely a crack in the Universe. Thank you Scott.

Goodbye, Scott Walker. The first time I heard his solo work was on Julian Cope's Fire Escape In The Sky comp, it was so important to me; this is uniquely magical music. https://t.co/xCW2WD0t1L

So very sad to hear about Scott Walker…. truly one of the greats.. so unique and a real artist. On my way to work on the first day of recording OK Computer I passed him riding his bike on Chiswick High Street.. and when I got to the studio Thom was holding a copy of Scott 4..