The Oscar-winning director tells all about new concert movie 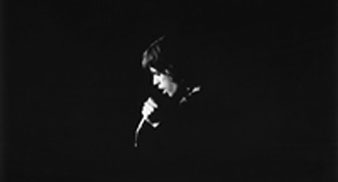 Martin Scorsese has spoken in depth about the making of his forthcoming Rolling Stones live film, “Shine A Light”, describing the shooting as “a cathartic experience”.

The director said: “In my mind, I did this film 40 years ago. It just happened to get around to being filmed right now.

“In “Shine A Light”, the Stones are still immediate. They still are as young as the Sixties. In my mind, “Shine A Light” is something that’s still of the present time and is defiant.”

Scorsese’s career-spanning documentary of the band combines Rolling Stones archive footage with two days of intense filming at New York’s historic Beacon Theatre, where they performed as part of their “A Bigger Bang” tour.

The Oscar-winning director added: “It’s not about the music of the Sixties or the Seventies or what they did in the Eighties. It’s who they are now, and how they play onstage and how they interact, and what that music and that performance, does to an audience. That’s the truth.”

Rolling Stones’ members Jagger, Richards, Wood and Watts are to produce the film, with the release date scheduled for April 2008.