More details emerge on one of the year's strangest albums 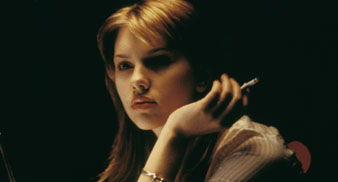 Scarlett Johansson‘s long-awaited album of Tom Waits covers is set to be released on May 19.

The 11-track album, “Anywhere I Lay My Head”, will also include one original composition alongside the covers.

Collaborators on the album include TV On The Radio member David Sitek – who has produced albums for Liars and Foals, among others – Nick Zinner of Yeah Yeah Yeahs and Celebration‘s Sean Antanaitis.

The album is named after one of the Waits songs the actress covers – however, it is not yet known which other tracks she reworks.