The album is a more compact version of his limited-edition, 42-song release 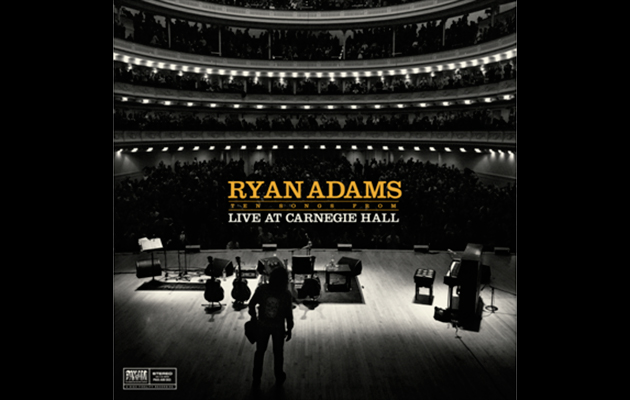 Ryan Adams is releasing a live album, Ten Songs From Live At Carnegie Hall, on June 8.

The release is a more compact version of the limited-edition, 42-song Live At Carnegie Hall vinyl set, which Adams put out earlier this year.

Ten Songs… will be released on PAX AM/Columbia on 140gm vinyl with download code, and as a single CD.

The album will also feature two new songs, “This Is Where We Meet In My Mind” and “How Much Light”, alongside fan favourites like “New York, New York” and “Sylvia Plath”.

The tracklisting for Ten Songs From Live At Carnegie Hall is:

Oh My Sweet Carolina
Nobody Girl
New York, New York
Sylvia Plath
This Is Where We Meet In My Mind
My Wrecking Ball
Gimme Something Good
How Much Light
Kim
Come Pick Me Up