The comedian won’t be able to f**k up, it’s live 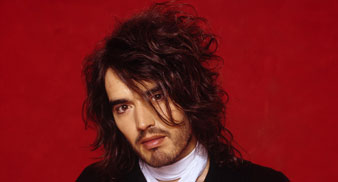 Award-winning but foul-mouthed comedian Russell Brand has been given the job of hosting next years’ prestigious BRIT Awards.

It’ll be interesting to see if Brand can restrain the content of his sketches and ad-libs as next year’s event at Earl’s Court will be broadcast live on ITV1 for the first time in 15 years.

Named by Time Out magazine as “Stand Up Comic of the Year”, Russell Brand has had an incredible 2006.

He has hosted a variety of television shows including E4’s Big Brother’s Big Mouth and Russell Brand’s Got Issues.

The BRITS take place on February 14, and it has already been confirmed that the award for ‘Outstanding Contribution To Music” will go to Oasis – who recently beat the Beatles by one notch in the albums chart with their best of compilation “Stop The Clocks.”

Oasis are the only act so far confirmed to play live.

Final nominations for the Awards will be unveiled at a televised event on January 16 at London’s Hammesrmith Palais.