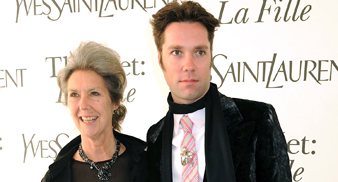 Wainwright stressed that despite his mother – who as a musician had enjoyed success with her sister Anna – battling cancer since, she didn’t let the disease hamper her enjoyment of life and her creativity.

“When inevitably I read in the papers that my mother lost her battle with cancer, I am filled with an immense desire to add that this battle, though lost, was tremendously fruitful during these last three-and-a-half years of her life,” Wainwright explained.

“She witnessed her daughter’s marriage, the creation of my first opera [‘Prima Donna’, which debuted last year], the birth of her first grandchild Arcangelo, and gave the greatest performance of her life to a packed crowd at the Royal Albert Hall in London. Not to mention travelling to some of the world’s most incredible places with both my sister, her husband Brad, my boyfriend Jorn and myself.”

Wainwright added: “Yes, it was all too brief, but as I was saying to her sister Anna last night while sitting by her body after the struggle had ceased, there is never enough time and she, my amazing mother with whom everyone fell in love, went out there and bloody did it. I will miss you mother.”

“Sadly our sweet Kate had to leave us last night. She departed in a haze of song and love surrounded by family and good friends. She is irreplaceable and we are broken-hearted. Til we meet again dear sister.”