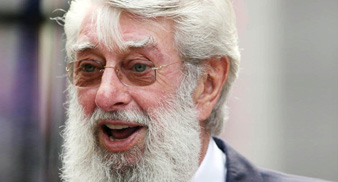 Ronnie Drew, founder of The Dubliners and one of the towering geniuses of Irish music, has died aged 73. Drew was diagnosed with lung cancer in 2006.

Drew fell in with a bunch of folk musicians in Dublin in the late ’50s, after playing a show at the Gate Theatre. Originally known as the Ronnie Drew Group, they initially appeared in a Gate production called A Ballad Tour Of Ireland, before becoming The Dubliners in 1962.

Over the years, Drew and his band became synonymous with an alluring strain of Irish culture – roistering, free-spirited, literate and hedonistic. They had a UK hit with the self-explanatory “Seven Drunken Nights”, and lived accordingly.

In the 1980s, Drew and the surviving members of his band found kindred spirits in The Pogues, who they collaborated with on a hit version of “The Irish Rover” in 1987.

Exhausted by the life, Drew left The Dubliners in 1995 and went solo for a second time (he had briefly quit his band in the mid ’70s). In later years, he gave up drinking and showed a more serious side of his rambunctious character.

Early in 2008, a star-studded line-up of Irish fans, including U2, Sinead O’Connor, The Corrs, Chieftains, Shane MacGowan and Christy Moore – released a tribute single, “The Ballad of Ronnie Drew”, with proceeds to the Irish Cancer Society.