Rolling Stones to play London in November, according to band source

The Rolling Stones look set to play two shows in London in November, according to the band's long-time saxophonist. Earlier this week, (October 8) guitarist Keith Richards revealed that the band have been booked to play live shows in London and New York, although he didn't reveal when the dates would take place. 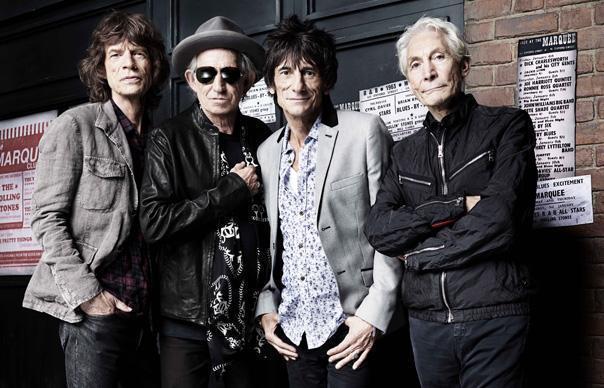 The Rolling Stones look set to play two shows in London in November, according to the band’s long-time saxophonist.

Earlier this week, (October 8) guitarist Keith Richards revealed that the band have been booked to play live shows in London and New York, although he didn’t reveal when the dates would take place.

Now the band’s sax player Bobby Keys has said that the shows will take place in November, as previously denied by the band. “[The Rolling Stones are] gonna do some more concerts, starting in November with two in England and then a couple here in the States, then there’s a few added concerts after that,” Keys told Billboard.

“Keith told me a couple months ago there was something in the wind and just be ready to go. I’m waiting for them to send me the plane ticket and the information, and then I’ll go,” he said.

Music industry website Record Of The Day reports that it is rumoured that the dates will be 25 and 29 November, but this has not been confirmed.

When asked if the shows will mark the last live performances from the band, Keys added: “The reality is this train is going to pull into the last station pretty soon – I don’t know how soon. I’ve been saying this since 1980!” he said. “But I feel like it’s kind of winding down. This may be sort of the ‘Sayonara, see you later, had a good time, keep in touch.’ I don’t know that for sure. I haven’t officially been told anything…I just take my cue primarily from what Keith says, so we’ll have to see.”

The band had long been rumoured to be playing live again this year to celebrate their 50th anniversary, with frontman Mick Jagger claiming in July that they were planning on sharing a stage together this autumn.

The Rolling Stones release a new single, “Doom And Gloom”, on Thursday October 11. The single can be downloaded from iTunes.

“Doom And Gloom” marks the first time that Mick Jagger, Keith Richards, Charlie Watts and Ronnie Wood have been in the studio together for seven years. Taken from the forthcoming Greatest Hits album GRRR!, “Doom And Gloom” was recorded in Paris and produced by longtime Rolling Stones producer Don Was.