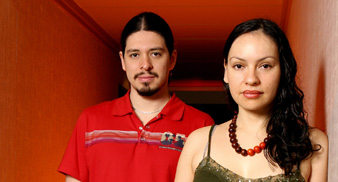 Rodrigo y Gabriela have confirmed that their new studio album ‘11.11’ will be released on September 7, and they will return to the UK for one show just prior to it’s release on September 2.

The Mexican duo, who only performed one live show in the UK last year, have written eleven new tracks for the album, the title-track of which was co-produced by John Leckie.

Rodrigo Y Gabriela have also enlisted the help of Slipknot and Trivium engineer Colin Richardson to mix the album.

Initially the album will be released with a bonus DVD, featuring track tutorials and live footage from their blistering performances.

They will play London’s Koko on September 2. Previously announced are appearances at London’s Lovebox festival on July 19 and the Secret Garden Party, Cambridge on July 25.