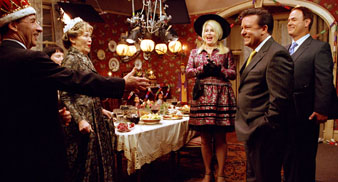 Spinal Tap stars Christopher Guest, Michael McKean and Harry Shearer reteam for a new comedy, “For Your Consideration”, released in the UK in February.

The film is a biting satire on the movie business. Guest, McKean and Shearer — who have also made Waiting For Guffman, Best In Show and A Mighty Wind — star alongside Ricky Gervais, as well as many familiar faces from their previous films, including Parker Posey, Catherine O’Hara and Eugene Levy.


Watch the For Your Consideration trailer here