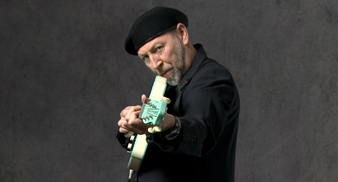 Richard Thompson has announced a 19 date tour of the UK, to take place early next year.

The 1000 Years of Popular Music tour will see Thompson play the project that he first performed over two nights at Sadlers Wells in 2004.

Accompanied by Judith Owen (vocals, piano) and Debra Dobkin (percussion, vocals), Thompson’s musical voyage encompases a huge variety of styles from all time, including Middle Age’d ballads, and artists such as The Who, Gilbert & Sullivan and Nat King Cole.

See Richard Thompson live at the following venues from January 14, 2009: